Chelsea moved to the brink of qualifying for next season’s Champions League as they pushed Leeds closer to relegation from the Premier League with a 3-0 victory on Wednesday.

Thomas Tuchel’s side won for the first time since Todd Boehly’s consortium agreed a deal to buy Chelsea from Roman Abramovich last week.

Mason Mount opened the scoring in the early stages at Elland Road and Leeds suffered another blow when Daniel James was sent off.

Third-placed Chelsea are now eight points clear of fifth-placed Tottenham and will be guaranteed a top-four finish if Antonio Conte’s team fail to beat fourth-placed Arsenal on Thursday.

Arresting their worrying recent slump was the ideal preparation for Chelsea ahead of Saturday’s FA Cup final against Liverpool at Wembley.

While Chelsea look to end the season on a high, Leeds are in grave danger of relegation.

Burnley have three games left compared to only two for Leeds, who host Brighton and travel to Brentford in the matches that will decide if their two-season stay in the top flight is destined to end with a return to the Championship.

Leeds fell into the bottom three for the first time since October 30 after losing at Arsenal on Sunday and the lack of composure that unhinged them on that occasion was quickly visible again.

Mount gave Chelsea the perfect start in the fourth minute as he ran onto Reece James’ pass and curled a brilliant strike into the top corner from the edge of the area.

That took the edge of the febrile Elland Road atmosphere and Leeds’ fans became even more angst-ridden when their side were reduced to 10 men in the 24th minute.

James launched into a reckless high tackle on Mateo Kovacic and referee Anthony Taylor flashed the red card at the Wales forward.

James was the second Leeds player to be shown a straight red card in successive matches following Luke Ayling’s dismissal at Arsenal.

Kovacic tried to continue but eventually limped off with an injury that could put the Croatia midfielder’s role in the FA Cup final in doubt.

After scoring his first league goals since December in Saturday’s draw with Wolves, Lukaku looked a slightly more dangerous presence than usual.

He met James’ superb cross with a header that drifted just wide, then guided another headed chance wide from Mount’s cross early in the second half.

Chelsea were going for the kill and Pulisic finished them off in the 55th minute.

Cutting through the Leeds midfield with a rapier thrust, Tuchel’s men were at their flowing best in a move that climaxed with Pulisic taking Mount’s flick and slotting home from the edge of the area.

Lukaku made it three goals in two games as he lashed into the roof of the net from Hakim Ziyech’s pass in the 83rd minute.

Everton moved two points clear of Leeds after a 0-0 draw at relegated Watford.

Frank Lampard’s side have lost just once in their last six matches to climb out of the relegation zone.

They also have a game in hand on Leeds in the fight for survival, but will feel like a point was a disappointing return against a Watford team with nothing to play for.

Jamie Vardy scored twice and James Maddison also netted as Leicester beat relegated Norwich 3-0 at the King Power Stadium to end a run of seven games without a win. 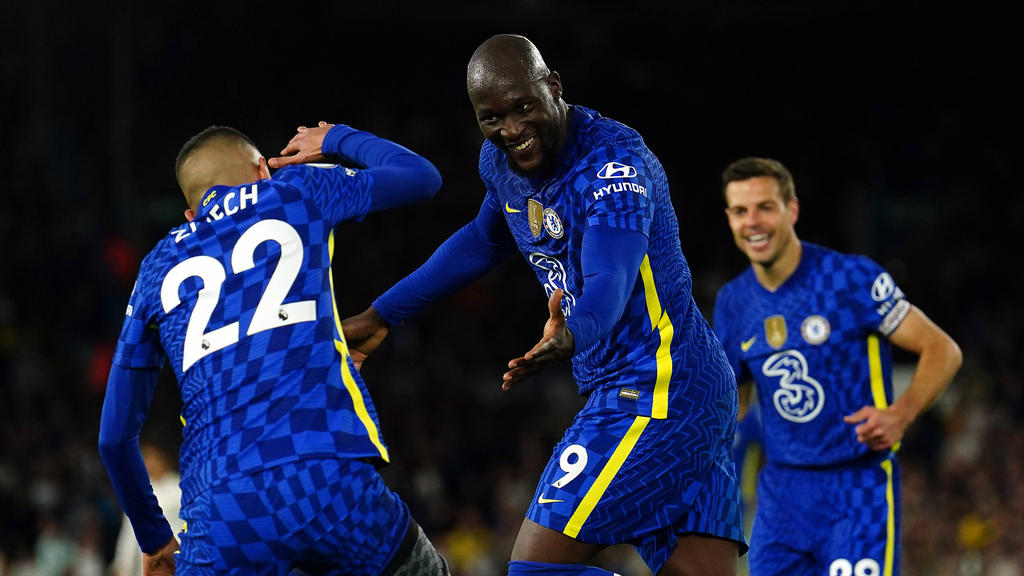